Did the United States pull out of Afghanistan too fast? 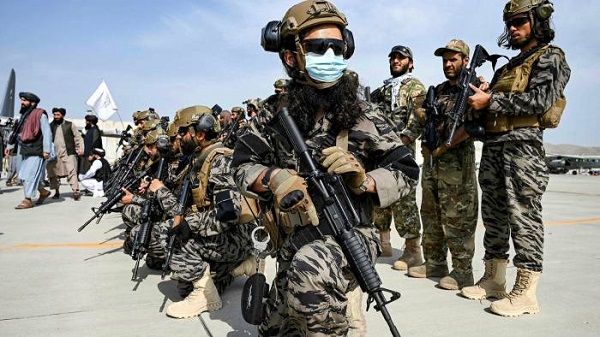 A question that will no doubt be hotly debated for generations to come, if not longer. We expect that there is more to this story that could shed more light on the decisions of the Biden administration but who knows if it will ever come to light.
The fact that allies, friends and military hardware were left behind surely is a sign that there were logistics issues that could not be overcome. Timelines were already in place when Biden took control but the exit appeared anything but planned, the feeling of chaos was palpable as we watched the news feeds.
Maybe the Biden administration knew that ISIS would come hard and fast once the US military turned their back. Or maybe they just got it completely wrong.

Just over 6 in 10 people believe we pulled our military out of Afghanistan too quickly. There are a number of overriding views people seem to have on this topic.
One is that the speed of the exit simply didn’t matter, we should have been out ( or never been in ) a long while ago. Someone from this school of thought would simply feel that it was a band-aid that just had to be pulled off. Deal with the short-term pain and move on.
If, like much of the American public, you watched the 24 hour news feeds from Afghanistan you would be left with the impression of utter disorganization. American military hardware left in dis-array, stories of valued allies being left to fend for themselves and helicopters airlifting American diplomats from rooftops. It’s easy to draw the conclusion of a rushed, botched withdrawal.
The reactions from America’s global allies points to the move being too fast and unplanned. Confusion and dis-array from the UK, Australia and Canada leads us to believe that the USA kept everyone in the dark about how quickly they would be putting plans into effect.