What’s the most important problem facing the country at the moment? 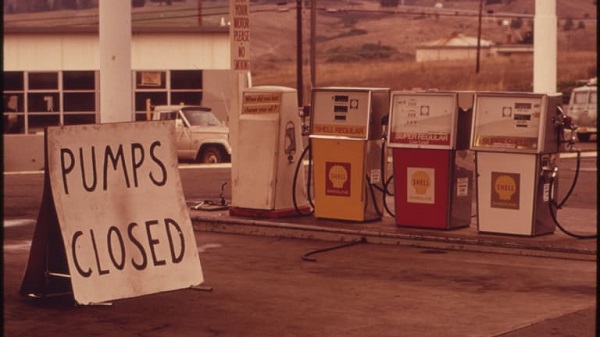 In today’s world we tend to look back on different eras in fondness without realizing that people from the 20th century faced just as many issues as the present day.  Inflation was out of control, gas lines began in 1973 due to oil shortages.  We were in the tail end of war that seemed to have no end.  Racism, sexism and corruption in the government were all prevalent problems of the 1970’s.  Most notably was the Watergate scandal that rocked Nixon’s second term as President and led to his resignation before he could get impeached.  The following survey looked at those problems of the 70’s.  Was it all just discos and fun or was there a lot of dissatisfaction in the world?

In the Western World, the ’70s was somewhat dominated by what became known as the energy crisis. A petroleum shortfall in a lot of the most developed, fuel-hungry nations, had many knock-on effects. The second-place answer here, the high cost of living, would have been exacerbated by the premier answer, the energy crisis.

Disruption during the ’70s in the Middle East was part of the puzzle. Also, a drop in supply after a huge peak at the end of the ’60s added to it. As supply became less consistent and more expensive stockpiling and a media furor about the incoming problems only served to increase the issues and a vicious circle began. As American citizens found themselves queuing for exorbitant expensive fuel at the pumps, productivity in a lot of rich nations flatlined. With that in mind, it’s not difficult to see why our 2 leading answers on this poll are as they appear.

With the Watergate scandal drawing to a close in 1974 a very raw nerve was open to public debate at the time of this article. Interestingly, for such a huge issue to be pushed down to 7% indicates how pervasive the energy crisis very much was.

Nothing has since been seen in the political sphere to compete with the sheer bombast of the Watergate scandal. A spider’s web of political scandal and skullduggery involving President Richard M. Nixon had a light shone squarely on after the arrest of five thieves at opposition headquarters in Washington, D.C., on June 17, 1972. On August 9, 1974, impeachment for Nixon looked almost certain. This led Nixon to resign in shame.