Are there too many illegal immigrants for authorities to deport? Or should the government do what it can to arrest them? 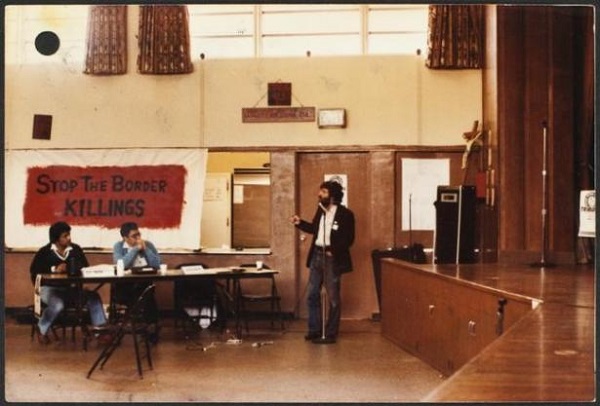 As Ronald Reagan routed Walter Mondale in the Presidential race of 1984 (49 states to 1), immigration was on people’s minds.  Reagan, getting a vote of confidence wanted to know what to do about the immigration “problem.”  Much like today with Obama’s DACA act and Trump’s Wall, immigration became a hot button topic.  What did the American citizens of the eighties think about the policies of Nixon and Carter, and how would Reagan respond?

Amnesty for those here: 34%

The share of the population in the USA that was of foreign-born hit a modern all-time low in 1972 with just 4.7% of the country made up of immigrants. Ever since then the percentage has been climbing fairly steadily. At the time of this survey, in 1984, the climb was well underway and public opinion was in favor of quite hardline policing of the borders with regards to illegal immigration.

In 1986 the Immigration Reform and Control Act was signed into law. This act made several sweeping changes relevant to this question. Firstly, it became illegal for employers to knowingly hire illegal immigrants and it put into place a system for checking the legal status of employees. New, more easily obtained visas were also created that made working in agriculture easier. Finally, there was a provision made that allowed some illegally residing individuals who met certain conditions, legal residents, under the law

In 1987, Reagan gave the children of parents who qualified under the immigration law in 1986 the same protections against deportation granted to undocumented immigrants under Obama’s DACA program. In 1990, former President Bush Family Fairness introduced, family members who were illegal immigrants under the law in the US were protected from deportation and granted work permits.

Overstaying one’s visa was, at this time, the most popular was to be marked as an illegal immigrant. People would come into the country on a tourist or business visa and simply neglect to leave by the allotted time. Once a person carried out such action it could be very difficult to track them down.