Do you feel that Martin Luther King’s birthday should be made a national holiday or not? 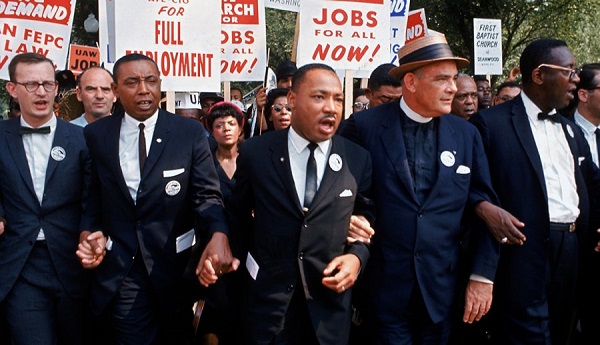 In present day this question seems absurd. Martin Luther King is a national icon who fought for civil rights in a non violent manner.  His quest for equality and peace during the turbulent 60’s matches no other, yet four years after he was assassinated in Memphis, this was a serious debate.  Debates on the House and Senate floors illustrated the emotions in support of and against memorializing King’s role in United States history. Opponents argued that the cost of adding a tenth federal holiday would negatively impact the government. Supporters argued that the costs of not honoring the country’s moral leader would be greater.

With all the current talk of heroes, statues, and national monuments it’s interesting to reflect on the events that happened for MLK’s birthday to become a national holiday. Martin Luther King was born in Atlanta, Georgia on January 15, 1929. His birthday was eventually recognized in 1983 as a federal holiday and in 2000 all 50 states made it a state government holiday. King’s birthday is celebrated every year on the third Monday in January.

The battle to make Martin Luther King Jr’s birthday a holiday lasted 32 years and included many campaigns and guest appearances, including Stevie Wonder, Ted Kennedy, and the involvement of the National Football League. At the time Stevie Wonder was riding high in the public’s view so his decision to release the song “Happy Birthday” to promote the cause was massive.

After 11 years of work, the plan to create the holiday finally came to a vote in the House of Representatives in 1979. Passage of the law required a two-thirds majority, but fell short by five votes, 252 to 133, and relied on a strong organizing effort by King Center and support from members of Congress and President Jimmy Carter. Holiday advocates regrouped and stepped up their efforts. It was reportedly an exhausting fight for advocates to urge Congress to introduce the holiday. After congress, the second set of drawn-out and emotional battles took place with individual states to recognize the holiday.

Today, Martin Luther King Jr. Day serves several purposes: it celebrates the entire legacy of Martin Luther King Jr., shines a focus on civil rights issues, emphasizes nonviolence to promote change, and calls on people to perform public service and reminds them that it is within us all to be able to make a difference.

Previous Survey/Next Historical Survey: Higher Education, do you need it?