Do you think the electoral college today serves any real purpose? 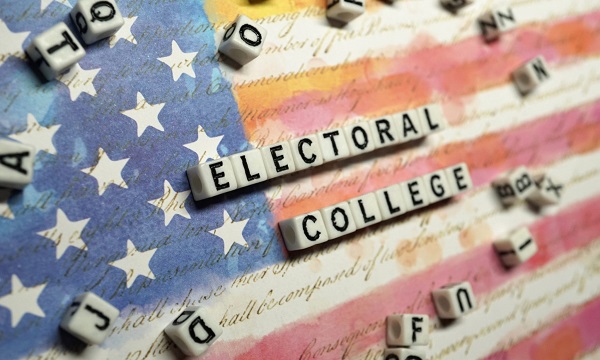 The 1948 election was an amazing moment in U.S. History as all the accredited press had given the election to Thomas Dewey over the incumbent Harry Truman.  However, in a shocking turn of events not only did Truman win the Electoral College handily (303-189) he also won the popular vote (49.6% to 45.1%).  With the election upset on everyone’s mind, surveyors wanted to find out if the citizens of the United States were shaken by the results and if a change was needed.

Another, to my mind, slightly surprising result. Yet again we can see that while we imagine modern America to be an unusual, strange, and unpredictable place, this result isn’t far from what we see presently in polls. A poll done in 2021 by Pew Research found that 55% of voters would rather see the person winning the most votes take the victory. Interestingly 43% voted to keep the system as it is. So, one change we can notice is that more people have an opinion on the issue. Can we thank the internet for this change I wonder?

The electoral college is a group of people that sit between the American voters and their vote counting. The American voters technically vote for the electors, who, in turn, vote to elect the president. In 1787, in an effort to come up with a better system of voting the founders debated for days to try and settle their differences. One half thought that giving congress too much power in voting would result in corruption and unfair elections, the other half thought the public was too simple and ill-informed to get involved with something as important as electing a president. And so, the electoral college was deemed a fitting halfway house between these views. Fast forward to 2021 and we’re still joined at the hip with that cobbled together system.

The problem with voting reform is that the party in power largely gets to sign off on it. The party in power just got put into power by this voting system so the chances it wants a new system are almost always slim at best. For the pieces to be in place for a change to be made here would be quite astonishing. Even though the public largely agrees with the change, please don’t hold your collective breath.

Previous Survey/Next Historical Survey: September 11 and the changing of the world